Guest contributor Robert Kroger, a native of South Africa, resident of Mississippi details his conversion to a duck hunter while hunting in East Arkansas. 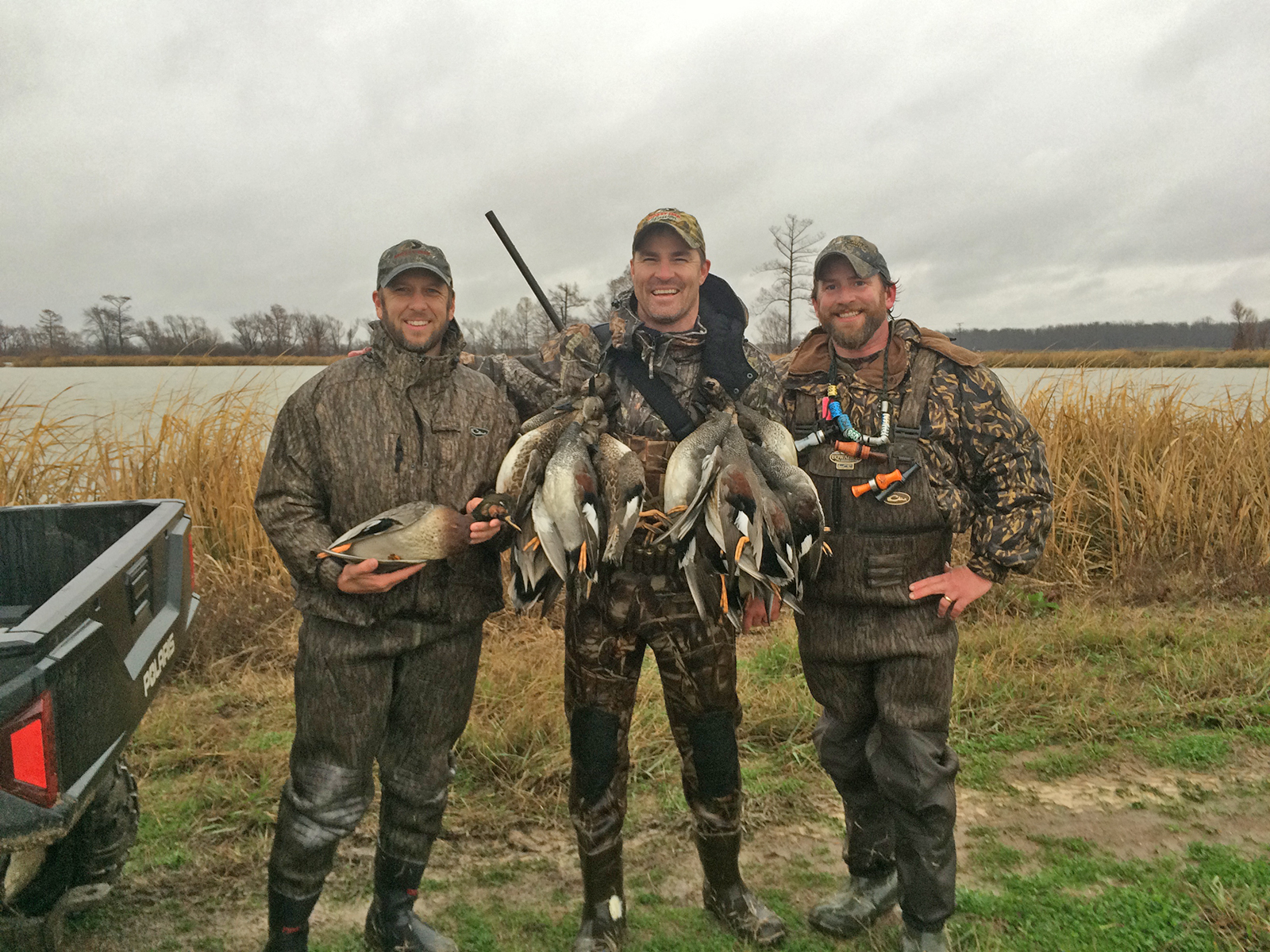 Yes, I absolutely like to duck hunt. I am not the obsessive love-to-hunt type of duck hunter; I like to duck hunt. This like term is critical. It is the difference between getting up and hunting or staying in a warm bed and not. I like (and purposefully so) to hunt pretty much everything. However, I like to hunt anything when it’s convenient and comfortable. My limited duck hunting experience could probably be counted on both hands—about a dozen hunts, some more memorable than others. For the majority, the hunts have looked and felt fairly similar: bluebird skies, temperatures in the low-to-upper 40’s, either sitting in a blind or standing in waist-deep water. The ducks flew by; we attempted to shoot at them, some of us better than others.

Sometimes I wouldn’t be able to kill anything because, being a knee-booter, I forgot to put a choke in the gun. But that’s a story for another day.  Sometimes we would limit out. Most times we were just happy to be out, strengthening bonds, and maybe harvest some birds. This to me is typical duck hunting, the kind of duck hunting I like.

This hunt was different. A type of duck hunt that stretched the boundaries of like. A duck hunt that changed someone who was beginning to see what only a privileged few get to experience. This hunt brought me out of a comfort zone.  I guess you could call it out of the “like zone.” It showed me what it means to truly hunt.  Hunting is not about killing. Hunting is about testing a person’s mettle against the quarry and the environment. Though the conditions may not have been as intense as some die-hards may consider as nasty, to me this tested my fortitude and let me truly answer the question, “Are you a true duck hunter?” Or even more basic: is this for me? Am I the hunter I think I am? Long ago my grandfather talked about how hunting is in a person’s blood. You either have it or you don’t.  Did I have it?

Temperature forecasts of upper 30’s, middle 40’s in the Montrose area of Arkansas for this weekend were not conducive for pushing new ducks to the area from up north, nor holding any other ducks in the area.  But we were optimistic. As predicted, and as feared, the weather was also around. A front was blowing through that weekend with heavy winds and bringing with it colder temperatures and rain.  Lots of rain. I knew the likelihood of the type of weather we would be hunting in. I guess I was anxiously preparing for the worst and hoping for the best. I was anxious. I had never done anything remotely like this. I attempted to convince my mind using guy code—well, if they can handle it, I am sure I can. Surely I can? Can I?

As the alarm went off, I didn’t need to look at a weather map, or turn on my phone’s radar to know it was brutal outside. The rain was pelleting the metal roof of the cabin.  I woke up with that same sense of dread.  Here it was. Here was the hurdle, the hurdle between like and love.

Was I capable of doing this? I know it sounds really melodramatic. But for someone who has never experienced hunting in this type of weather or purposefully placed myself in that type of environment, this was brand new to me. I looked around at my hunting companions—they all seemed subdued. Were they like me? Were they worried about the discomfort? I couldn’t really ask them. That would show my weakness. That would show my vulnerability.

We all donned all the gear we had. Thermals. Jerseys. Pants. Warm weather jackets. Beanies. Face masks. Yes, a lot of clothing went on.  Rain jackets were tucked in. Waders buckled over everything. It was going to be wet. My logical brain was screaming, are we truly going to see ducks flying in this? Wouldn’t they hunker down and wait this out? Wouldn’t any self-respecting organism, humans included, hunker down? This is crazy. I surreptitiously, and casually, asked Mitt and Clay, blood brothers in hunting, “Are ducks going to be flying?” I said it rather flippantly hoping to throw him off the obvious fact. I tried to keep the apprehension of knowing that we were about to go out in this to myself. The response was a resounding,  “Absolutely!” Really? Absolutely!? That seemed rather definitive. No question we were going.

We dropped off into the pond, into immediately waist-deep water. Head lamps on, flashlights working off the downed willows in the reservoir. Keep as dry as possible was the mantra echoing in my mind. The last thing I wanted was to swim, quickest way to ruin my day. Or would it really matter if I were already wet? Everyone was doing the tip-toe dance as we moved into deeper water to make sure that we kept the waterline below our wader line. Within seconds, literally seconds I knew my waders leaked. Water has a tendency of finding the path of least resistance. I had a couple of pin-prick leaks in both legs. Discomfort was grumbling within me. Hopefully not finding a home. We hadn’t even started hunting yet. Rain was falling. Wind was howling. I knew I was in for a long wet morning if my waders within seconds were already leaking. We pushed on. Put the decoy set out and nestled into a make shift windrow of old willows.

As the dawn creaked through the faint grey of storm clouds, I realized this could be it. When I looked at the breaking dawn and the birds circling, at the wind whistling through their wings, I  had to agree with Mitt. When I tell you that the birds were flying, I am telling you that hundreds if not thousands of birds were flying around us. We were in the spot. We hid. A matter of patience and positioning. The action was thick. At times steady. At times torrid. They came in fast on the stiff north wind, turned back into the wind and cupped into the areas out in front of us.  Some shots were easy. Birds held up in the wind cupping, no lead necessary.  Some shots were shots that proved your mettle as a wing shooter.  Ducks screaming across your sight line. A large lead. A single trigger pull. Ducks crumpling. Big ducks falling out of the sky with large concussive splashes. White bellies of downed ducks were piled up on windrows where the wind was pushing them.

In the midst of the hunt a moment defined by the beauty of both environments. A pair of Gadwalls worked in, they banked into the wind and cupped down. A pair of hunters, two days removed from knowing each other.  A perfect pair still, anticipating. One pair wanting to land. One pair deciding when to move.  Anticipating the right moment. Deciding with whispers the time to send the steel flying. The movement of swinging shotguns.  Birds startled. Their attempt to start climbing thwarted by the stiff north wind. Holding them up ever so slightly. The percussion of a single coordinated double shot. Both birds folding. The grins. The hollers. The fist bumps.

The whistling through the wings of birds flying overhead was a constant white noise that everyone needs to experience. There was a time where no one was shooting. Time for reflection in the midst of the proverbial storm. A time for holding your head in bowed stillness.  In awe and for necessity. Eyes darting back and forth watching. Soaking in the experience. Soaking in the privilege. Soaking.

We gathered our downed ducks. I pulled in our spread. I slowly meandered back to the pond bank. I watched as Mitt and Clay discussed the hunt. I savored the moment. Yes, I was wet. Yes, I was uncomfortable. But look around. The rain was still falling. The wind still pushing.  The temperature still falling. The muddy waters capped white. Beating against exposed brush. The ducks didn’t care. The ducks were still working. I felt alive. What a freedom. What an experience. I loved it.

Feeling it on your face, in your fingers that were rubbed raw as a result of the cold, the wet, and constant reloading and shucking more shells into the shotgun. It was looking around you seeing your empty shotgun shells bobbing. Piling up against the willow branch sticking out the water. It was about being uncomfortable but knowing that this is a privilege. A privilege that most people take for granted. A privilege that most people choose not to experience.

The hunt changed me. Cemented the opportunities that I have been given. Fortified the privilege few get to experience. Moved the proverbial internal compass from “like” to “love.” 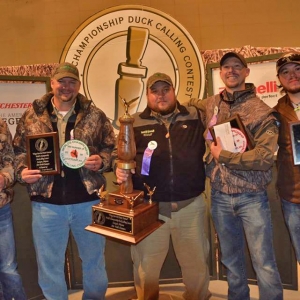 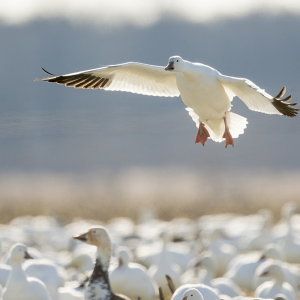 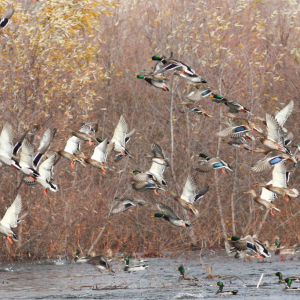