PICTORIAL: Funny, You Don’t Look Like a Duck Dog

They don’t all fit the traditional profile, but these hard-working dogs love to bring in the ducks. 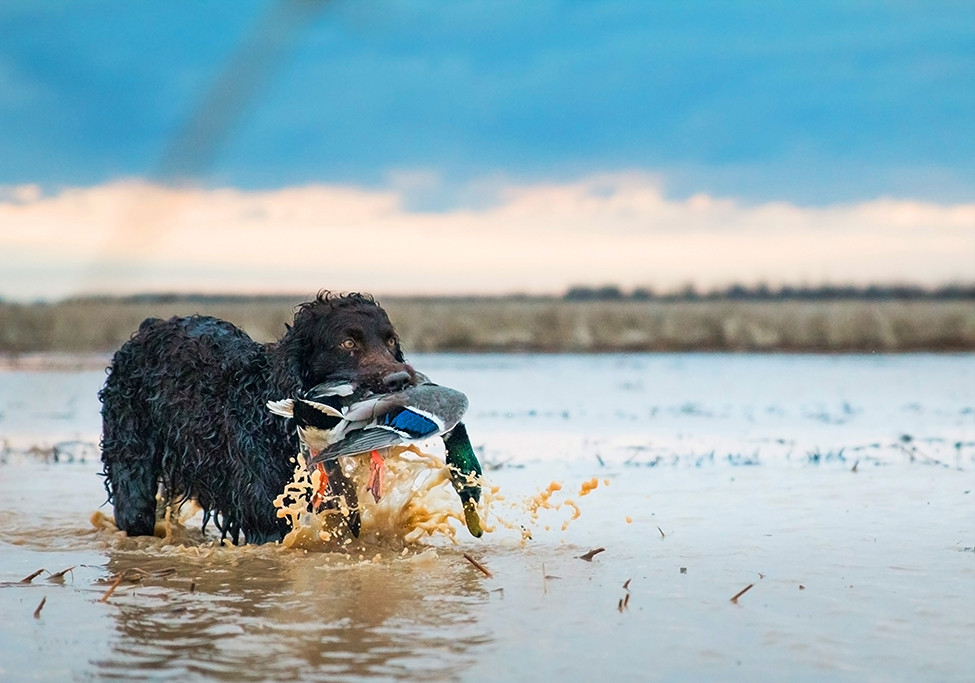 The Boykin Spaniel is one of the smallest of the retrievers but is a born water dog.

Dogs come in so many different shapes and sizes it’s sometimes hard to believe they all belong to the same species. That’s true of hunting dogs as well.

Despite their unique, non-traditional appearances, these off-the-beaten-path breeds were born, and often bred, to hunt. They may look like they just came from the Westminster Kennel Club show, but their smarts and big hearts put them on the same level of hunting prowess as our beloved, more traditional Labradors. 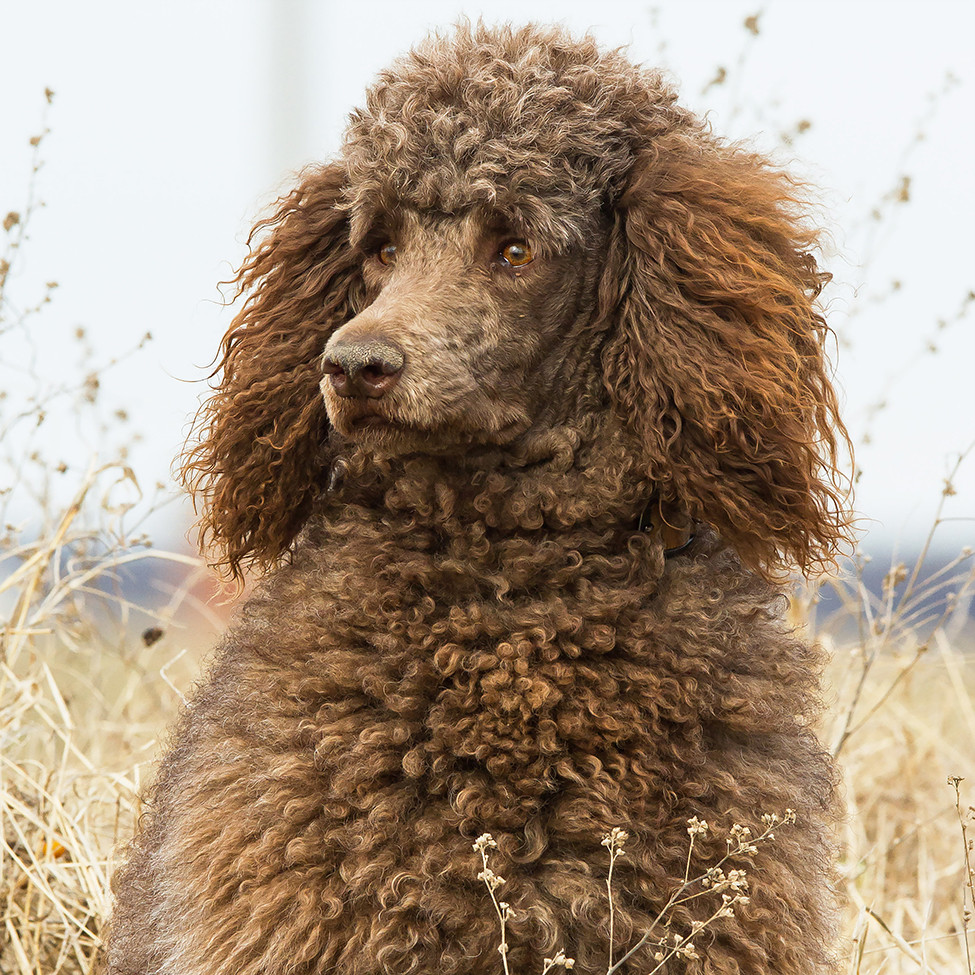 THE STARE The sharp-eyed Standard Poodle above and the Jack Russell Terrier pictured below know their way around the rice fields and wetlands. (Photo above by Dale Spartas) 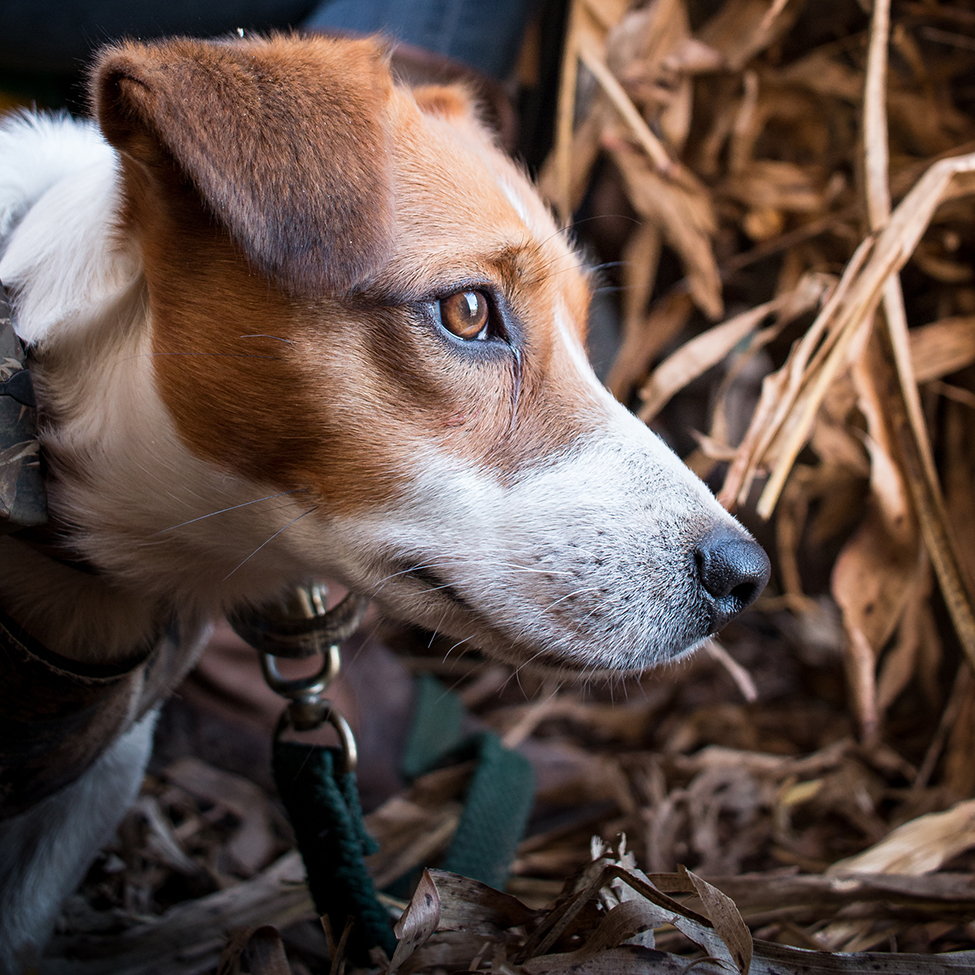 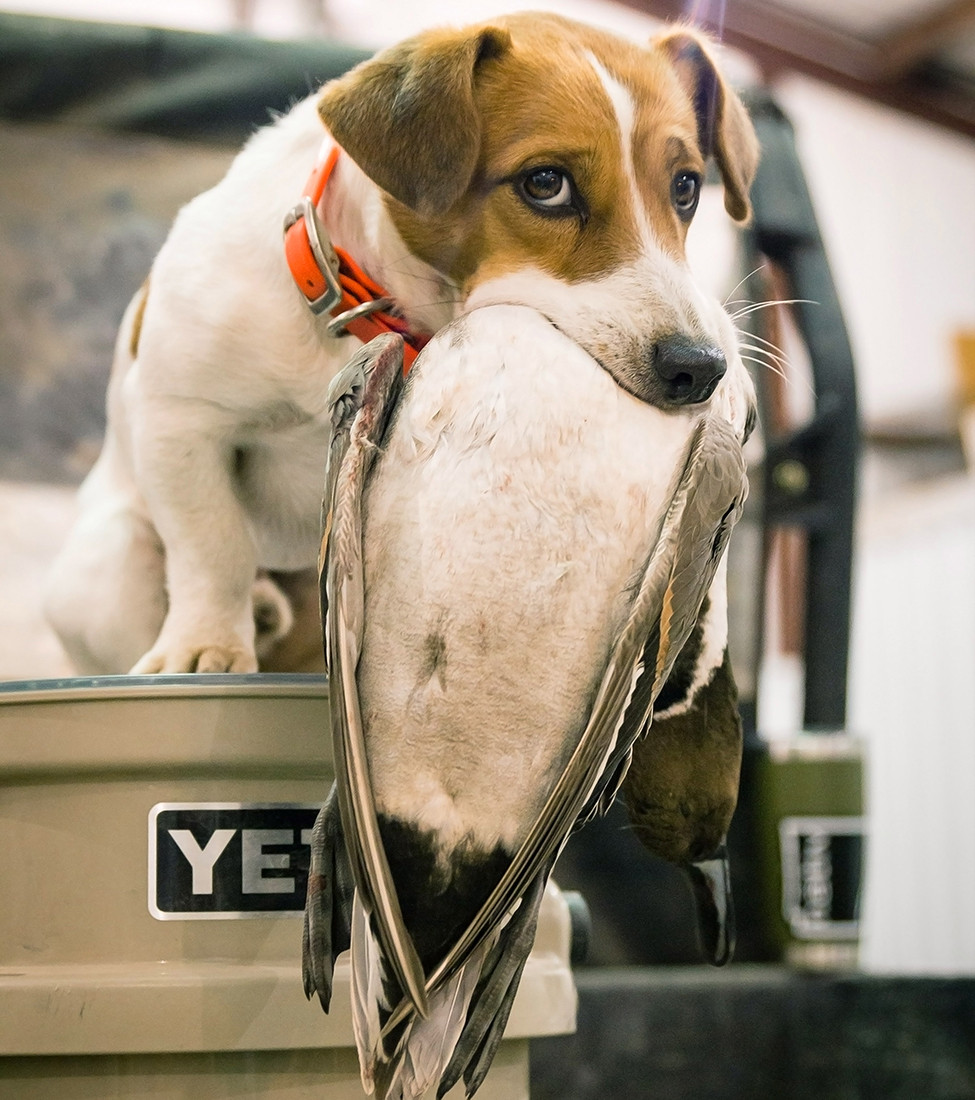 BITE SIZE Our Jack Russell Terrier almost appears guilty here, but if retrieving ducks is wrong he doesn’t want to be right. Lively, independent and clever, the Jack Russells were bred for fox hunting 200 years ago, but clearly this little guy has had success branching out. (Photo by Blake Fisher)

IN ITS ELEMENTS  It’s the perfect day for a hunt as far as our Wirehaired Pointing Griffon is concerned. Don’t let the ice and damp fool you, an unkempt look is natural for this hardworking, outgoing canine that is renowned as “the supreme gundog.” (Photo by Drew Palmer) 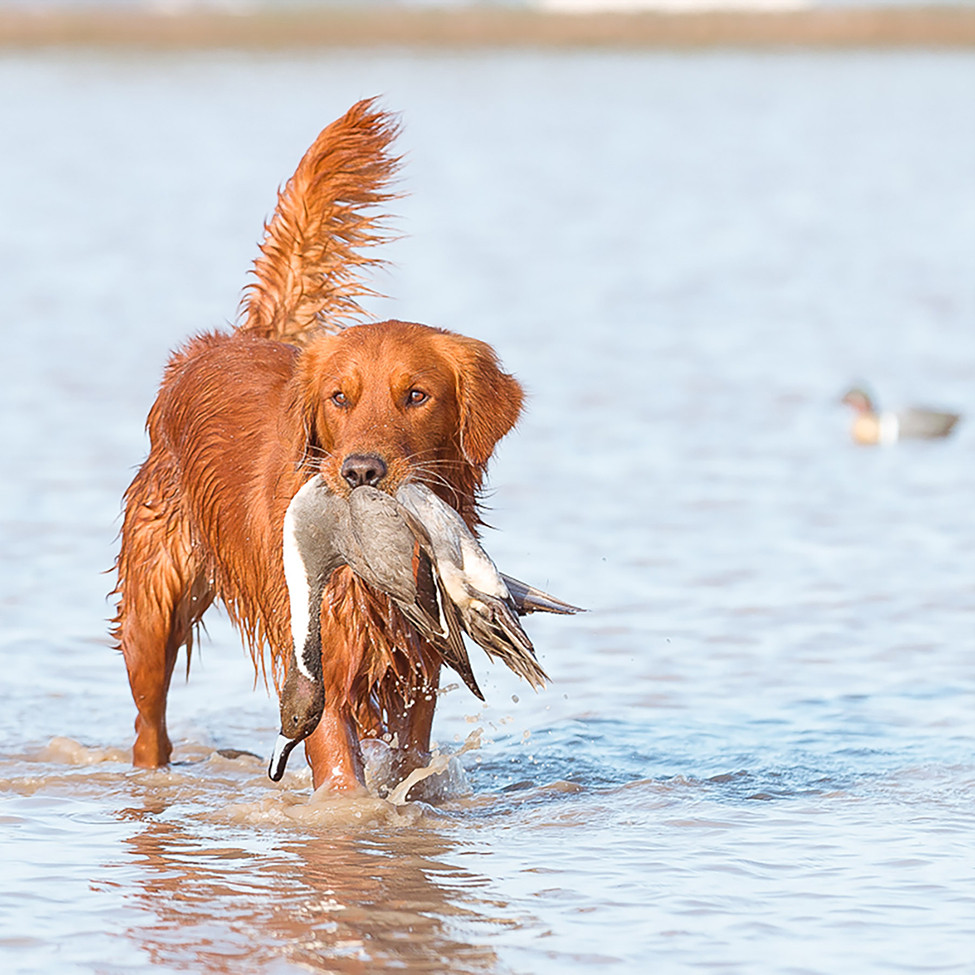 MISSION ACCOMPLISHED All of our beautiful breeds retrieve, hopefully, but we’ve included one that has “retriever” in its name as well as its job description. The Golden Retriever is one of the more traditional waterfowling dogs in our lineup, but it would be a crime to leave out these pups whose loyalty and devotion make them ideal as guide dogs for the blind or as search-and-rescue animals. Goldens just want to help. (Photo by Matt Stagner) 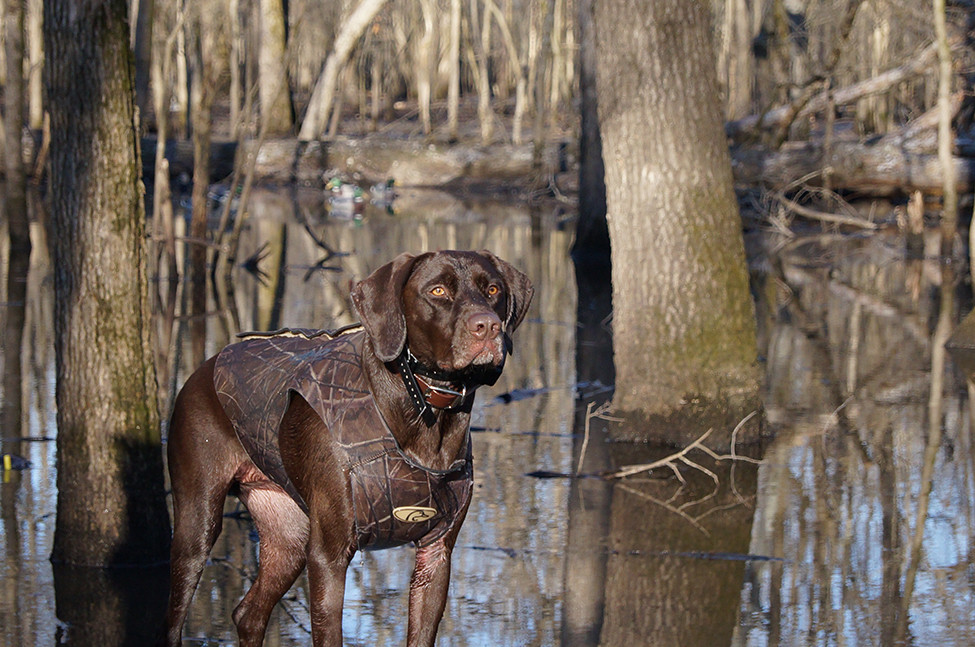 ON POINT If you’re up for a little exercise you’ll have a willing partner and teammate in the German Pointer. Long-haired or short-haired, the pointers are friendly, smart and willing to please. (Photo by Chris Monroe)

German Pointers are known for their boundless energy and a look often described as “aristocratic” and “noble.” (Photo by Ted Wells) 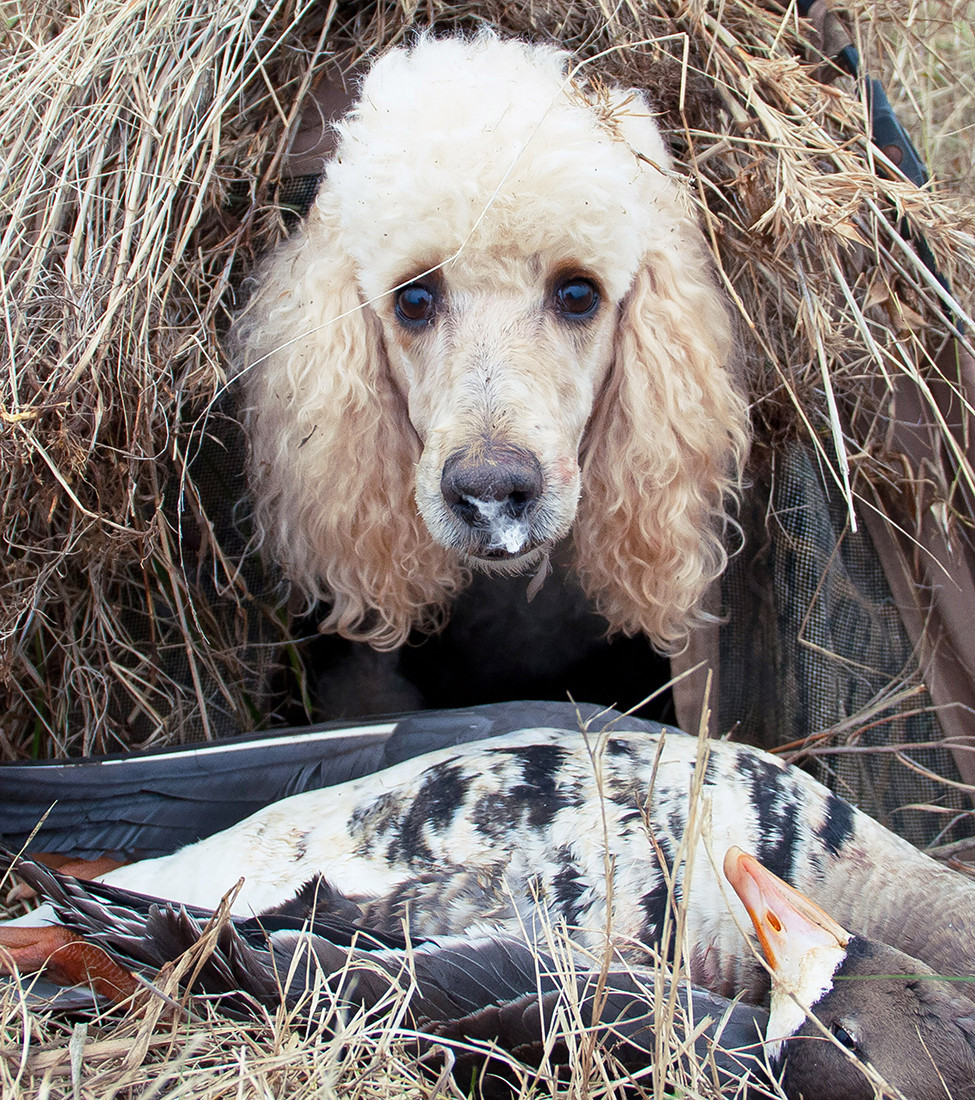 PERSONAL SPACE Despite a regal, well-groomed image earned as a dog show mainstay, the Standard Poodles love outdoor play and frolicking in the water. The dogs are intelligent, trainable and have instincts for the hunt. That includes, apparently, a nose for camouflage. (Photo by Dale Spartas) 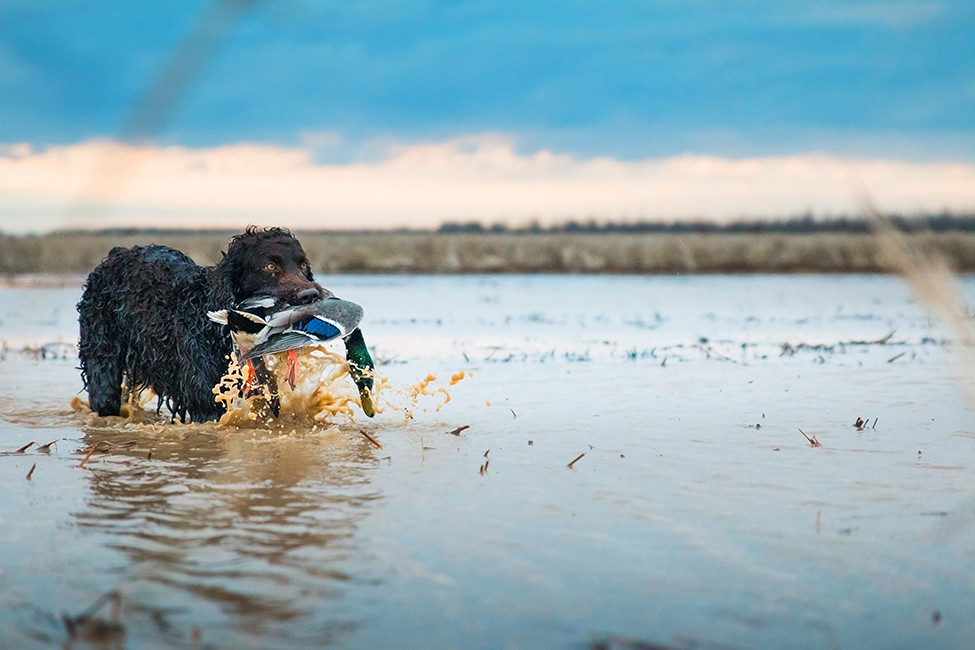 JACKPOT  This Boykin Spaniel brings in the prize for its sharpshooting owner. The Boykin, state dog of its native South Carolina, is one of the smallest of the retrievers but is a born water dog. The Boykin is known for its curly coat, and its size and friendly personality make it a good companion for children. (Photo by Blake Fisher)