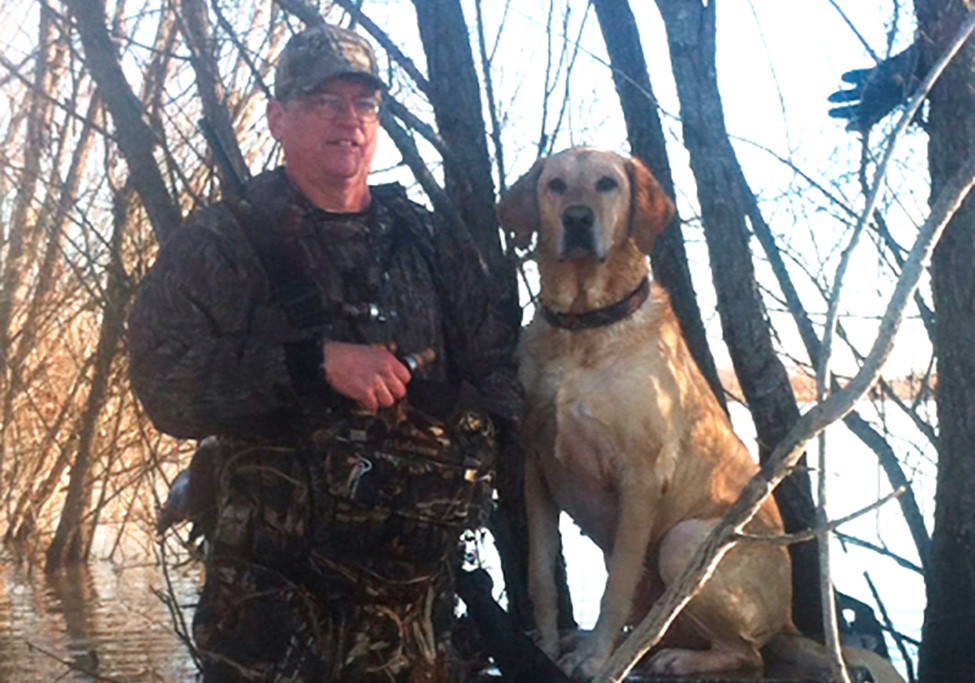 Number of days you hunt a season?
Ten to 15

Where do you hunt?
Des Arc/Brinkley

What kind of gun do you use?
Benelli Super Black Eagle

Favorite hunting story/memory?
I had a very large retriever named Duke. He weighed 130 pounds and was very tall. We were hunting in a field blind in flooded milo on a clear day. Two wounded mallards disappeared into the milo. Duke went into the milo and was gone for quite a while before coming out with two mallards in his mouth.

Another Duke story. There were six of us hunting a field blind. We had a great morning hunt. Duke had 36 retrieves that morning. On his next to last retrieve he went after a wounded duck that went down several hundred yards away into the flooded Cache. Duke was gone about 20 minutes before I decided to go look for him. When I stepped out of the blind I saw him way off in the distance with the duck. When he came back into the blind he spit out the duck and looked at all of us with an expression as if to say, “Get your own damn duck next time!”

What got you into hunting?
I have been hunting since I was a teenager. Mostly quail and pheasant. After college I trained two dogs and quail hunted every weekend during quail season for about 12 years. Both dogs got sick the same year and had to quit hunting. I did not hunt again for 16 years. Gary Head invited me to a duck hunt about 12 years ago and I have been duck hunting since.