No Limit on Likes: Social Media’s Role in Waterfowling

Using social media to enhance, not harm, the hunting experience. 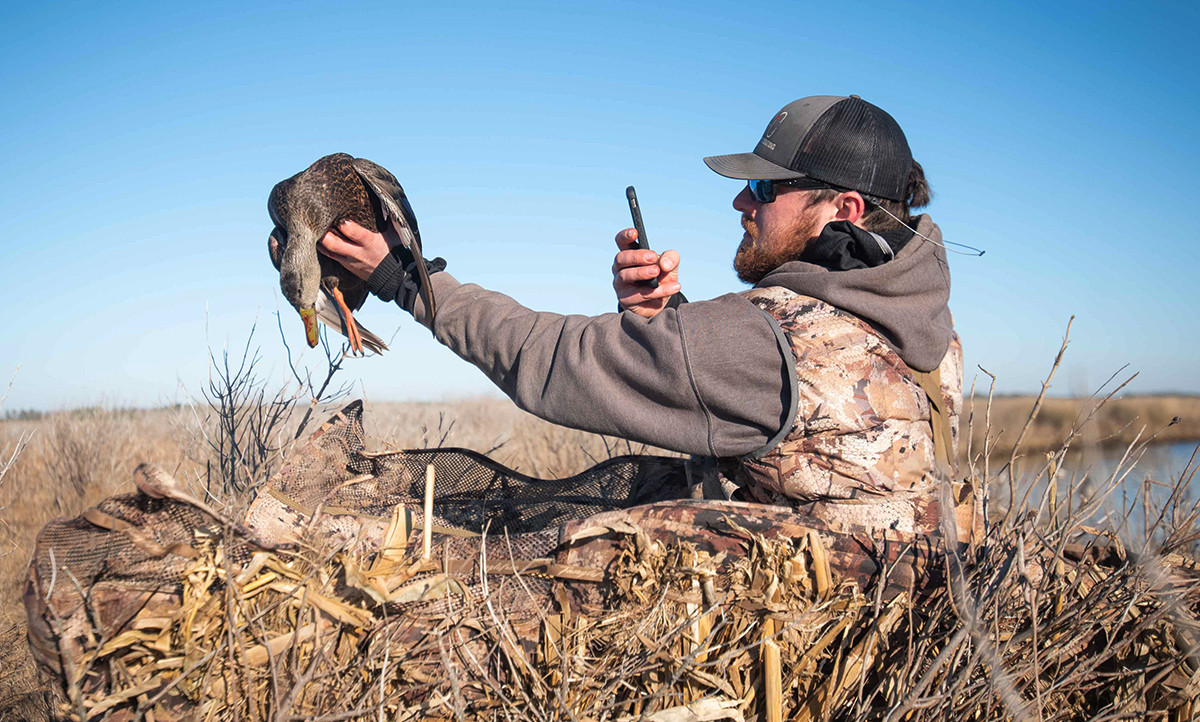 Like it or not, social media is firmly fixed in modern society.

Whether it’s a platform to share what is going on with the “fam” or a soapbox to push agendas and opinions on the hot topic of the week, social media’s presence and influence are nearly unavoidable.

Even if you are not on one of the platforms, posts often make their way to mainstream news. Social media has provided anyone and everyone the opportunity to become a brand and/or a voice, with varying degrees of actual importance.

Duck hunters, by their nature and the demands of the sport, frequently embrace new tech in terms of gear and apparel, so it’s not altogether surprising they are as plugged into social media as any other group.

"Migratory bird hunters, it’s safe to say, are a bit more technologically connected. It’s hard to find a duck hunter who doesn’t have a smartphone in his pocket,” said Luke Naylor, waterfowl program coordinator for the Arkansas Game and Fish Commission (AGFC).

In the world of waterfowling, people have done an excellent job using social media to promote a lifestyle. Brands of apparel, firearms, duck calls, decoys and so on flood their followers’ feeds with eye-catching photography carrying a cool factor as enticement to buy the wares.

Many brands have built an entire business with their online image. Sizzle sells and most notable brands and their influencers are highly skilled at creating fan bases through social media.

This lifestyle promotion effort has made duck hunting, or the idea of it, cool. Here in Arkansas, social media deserves some credit for perpetuating the state’s globally recognized, duck hunting brand. The Duck Hunting Capital of the World reputation still plays.

A social media post of a guy calling ducks on a Minnesota lake? Blah. Post a photo of the same guy, blowing the same duck call in the Arkansas flooded timber and here come a bazillion likes.

“Waterfowl hunters' use of social media has certainly had positive implications,” said Trey Reid, AGFC assistant chief of communications. “It has helped recruit new hunters, highlighted important conservation issues and allowed hunters to have more information at their fingertips, which increases the likelihood of success.”

The number of outdoor photographers has exploded in an effort to keep up with marketing demand, and many of them are incredibly talented. Members of the Greenhead staff personally go on Instagram to follow and network with photographers whose work they like. Many of these photographers travel to Arkansas or spend a large portion of duck season capturing piles of the images used in this magazine in recent years.

Their ability to capture the experience of the hunt or of waterfowl in action is widely respected, and social media has undoubtedly given them exposure like no other medium could.

Undoubtedly, as with many other experiences in life, duck hunting-centric social media can mislead or create levels of expectation difficult to match. Just because a well-known, highly-followed commercial outfit in north Missouri is posting limit pics day after day doesn’t mean all of the mallards on the planet are in that region. Likewise, not every duck club is really a four-star resort.

As a realistic hunter, you can’t discount how much time, energy, dollars and so on the successful clubs spend on creating awesome habitat. Just like here in Arkansas, some spots are just better than others and habitat management puts them over the top.

We’ve all seen shared pictures that aren’t really from that day’s hunt, and maybe not even from the location where the ducks were harvested. This happens more often than you think, and creates the perception that a location or hunting skills are so good the hunters are killing ducks when nobody else is.

Another reason location photos aren’t always accurate is that most savvy, public land hunters don’t want to divulge the location of their successful spots so they can prevent several hundred boats at the launch the next morning.

Social media provides an easy, sleight of hand opportunity for those whose ego can’t handle the idea of not hammering a limit every day.

Hey, Look At Me

Duck hunters like to toot their own horn when they get into the ducks. Most, including some of us on the Greenhead staff, have done it.

Ideally, hunting pictures aren’t posted unless something extraordinary happens. Besides, the people who really care are those who ask, “How did you do this morning?” Is there a reason to put the whole world on notice that you slammed some ducks? Probably not.

Duck hunters are encouraged to reserve the dead pile pics for the genuinely remarkable hunts. Not the “eight-man” by 7:45 a.m.-type hunts that so many others have been experiencing for decades. It’s about experiences unique to you that would be authentically interesting to your friends and followers. Your child’s first duck band. A trusty retriever’s last hunt. The multi-generational hunt at a historic location. Experiences that are truly special.

The brag board element of social media has created a level of narcissism that goes against the grain of what duck hunting, at its best, is about.

Cherish the days afield, whether you shot five or 50. Rarely do you see photos of hunting buddies lined up in the woods with no dead ducks in the photo, yet dreadfully slow hunts can still offer some really good times. And the days when hunters flat smashed the ducks can end so quickly it feels like air being let out of a balloon.

If you shared a bunch of laughs and good stories but didn’t fire a cap, be sure to take and post those pictures too.

Even the media influencers promoting brands can find room for creativity. The hang-by-the-feet, duck strap pic is a little stale. The same could be said for the proverbial log shot. If you do have to post photos for profit, do something different. Aim for originality versus the same shots we’ve scrolled through countless times.

Social media channels have given those in the hunting community a bigger voice on hot topics. Keyboard feuds have been around since the advent of message boards and chat rooms, but social media has taken it to a new level with tribes forming and agendas pushed … and pushed and pushed.

It has positive applications Reid said, “but on the other side of the ledger, some hunters would probably say social media has had negative impacts, such as concentrating public land hunters, creating unrealistic expectations and degrading hunter etiquette.”

Think about the recent “standing corn is the only reason my duck season stinks” mantra. Believers assaulted social media channels looking for a scapegoat or conspiracy theories to explain a struggling season and possibly ignored a myriad of duck behavior factors affecting each season. That is just one example in a laundry list of divisive topics among waterfowlers.

“There's also an argument that some social media posts may create unwarranted negative perceptions of all waterfowl hunters, when the reality is that most waterfowl hunters have a deep and abiding appreciation and respect for the resource,” Reid said.

The best bet for the sport is for the duck hunting community to be understanding, respectful and informed, to get behind issues as a unified group where we can truly have impact. Just because social media provides you a voice doesn’t mean you have to go full throttle on someone with a differing opinion or take.

Courteous debate is healthy. Angry keyboard feuding is not.

Social media isn’t going anywhere. And frankly, it shouldn’t. The medium is useful in many ways when used appropriately. It is a great tool for learning about new products or seeing how someone else does things in their part of the world.

Social media could benefit from a reset with a fresh take on how to effectively use the channels. Start over with less bragging, less feuding, less comparing, less coveting, more creativity and definitely more sharing of remarkable moments in the outdoors. “In the end it's not unlike past arguments about technological innovations in waterfowling,” Reid said. “We have to find an appropriate balance between these innovations and the traditions that mean so much to those of us who enjoy waterfowl hunting." 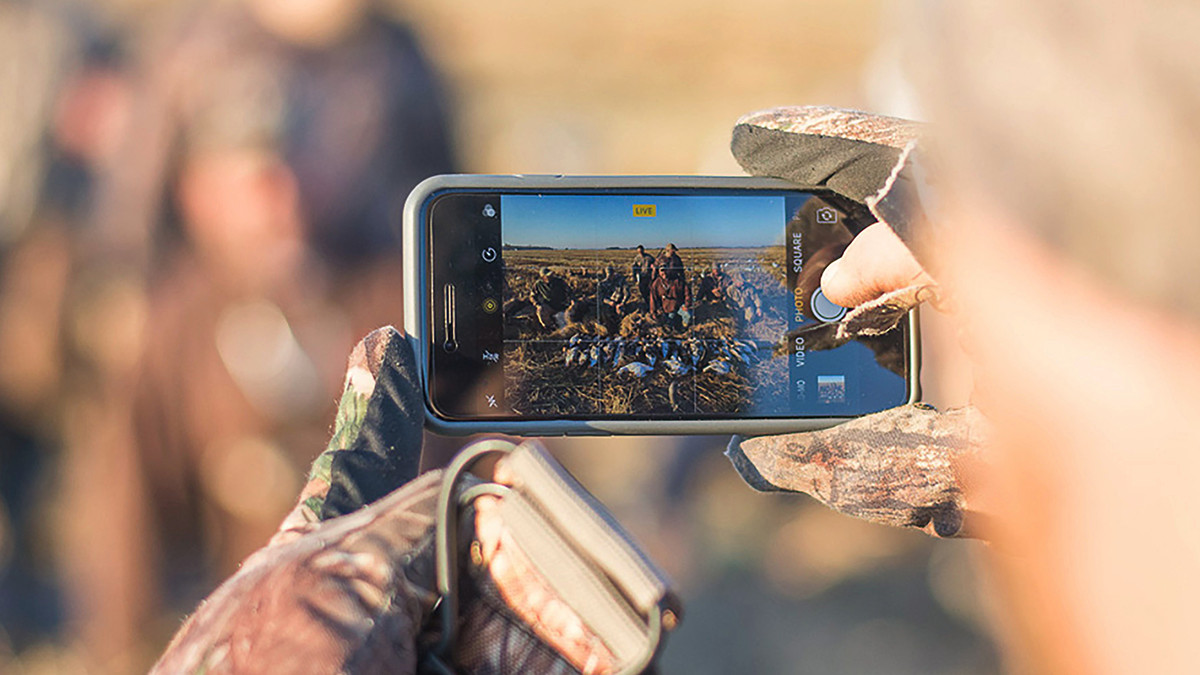 Use social media to enhance, not harm, the hunting experience.

DO Embrace the ordinary
Not every hunt results in limit upon limit of ducks. Did you have a good time? Did something funny or memorable happen? Post away. Your real friends will be interested.

DON’T Argue
“You’ve changed my mind,” said no social media user ever. Forgo the debates and divisiveness to foster an online experience that is more a celebration of the sport.

DO Be original
Even experienced media influencers can have a weakness for photo compositions that have been done to death. Keep a sharp eye out for the unique and off-the-wall subjects.

DON’T Fake it
Avoid false impressions and post what happened today, not that wildly successful hunt that took place on an entirely different date last year.

DO Keep a secret
There’s no need to reveal the exact location of that sweet and productive piece of public land, unless a concentration of hunters on your favorite spot is what you’re looking for.

DON’T Covet
It may look like someone, somewhere is having a much better hunt than you, but as we’ve seen, appearances can be deceiving. Live in your moment, enjoy it for what it is and share the authenticity.