Don’t Get Mad, Get Eating

It’s a complicated story of how the duck with the long bill got on the wall of my den, but I have Gene DePriest of the famed Gene’s Barbecue in Brinkley to thank. If you hunt ducks anywhere around Monroe County, you’ve likely eaten at Gene’s. 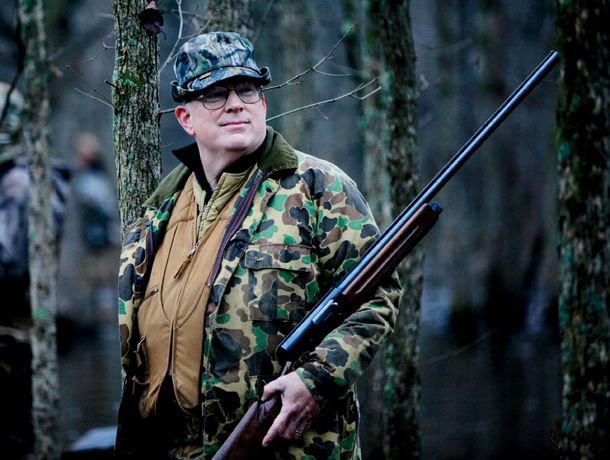 It’s a phrase I often hear older duck hunters utter. Translation: “I don’t feel the need to hunt all 60 days of the season. I’m no longer driven to get a limit each time I go hunting. I don’t want the fastest boat. I don’t have to have the most expensive shotgun. I don’t even need the newest camouflage pattern. What I need is time outdoors with my friends and family.”

I second the motion.

Growing up in southwest Arkansas — far from the world-famous flooded timber and fields of east Arkansas — we couldn’t afford to be choosy. Folks in my area were from the “if it flies, it dies” school of waterfowling. A morning’s hunt might produce a wood duck, a teal or two, a gadwall and, if you were lucky, a mallard. A favorite hunting spot in my college days was a slough that backed up to the city of Arkadelphia’s sewer ponds, which served as a sort of rest area. The hope was that you weren’t downwind from those ponds.

Given that background, it’s probably fitting that I’m among the few people in Little Rock with a mounted spoonbill — a.k.a. Northern Shoveler for you Audubon Society types — in my den. You might have seen the bumper sticker that says, “Spoonies have green heads, too.”

It’s a complicated story of how the duck with the long bill got on the wall of my den, but I have Gene DePriest of the famed Gene’s Barbecue in Brinkley to thank. If you hunt ducks anywhere around Monroe County, you’ve likely eaten at Gene’s.

In the 1970s, my father and a group of his friends formed a hunting club in the Ouachita River bottoms south of Arkadelphia. The official name was the Open Banks Hunting Club. Informally, it was known simply as “the duck club.” Not that there were ever many limits of ducks killed down there. I often would tell the members: “Why don’t you call this what it really is? Quit calling this the duck club and start calling it the supper club.”

Members would gather monthly for dinner. They might have fried crappie one month and fried rabbit the next. As a teenager, I would become frustrated that we didn’t kill more ducks. It seemed that the night-before dinner and the post-hunt breakfast were the priorities. As I look back almost four decades later, I think to myself that my father, who died in 2011 at age 86, had it right.

Dad considered duck hunting and quail hunting to be the sport of gentlemen. And, in his world, gentlemen didn’t get in a hurry, gentlemen weren’t greedy and gentlemen didn’t boast. He had grown up in a poor Saline County family during the Great Depression, hunting rabbits and squirrels year-round with his older brother to put meat on the table. He was the best shot I’ve ever known, and I’m about the worst. I asked him once how he became such a talented shot. He said simply: “If you wanted something other than biscuits and thickened gravy on the table, you learned to shoot well.”

Dad owned a sporting goods store and could have had his choice of the finest guns and clothing. But his 12-gauge Browning was an old one — dating back to his days as the head football coach at Newport High School in the late 1940s and early 1950s when he would duck hunt with pro baseball player George Kell in the offseason – and his clothes were just about as old. Now that I’m past the age of 50, I see that I’m turning into him. My friends joke that my hunting clothes are so old that the camouflage pattern has gone out of style and come back in again.

Having lived in Little Rock the past 24 years, I’ve had the opportunity to hunt at some of the most famous east Arkansas duck clubs — the kinds of places I could only dream about when I was growing up in Clark County and watching coots land on the sewer ponds.

One of the best decisions I ever made came about 20 years ago when I accepted an invitation from Wiley Meacham to speak to the Brinkley Rotary Club in the back room at Gene’s. We hit it off that day, and an invitation came to hunt at Wiley’s Piney Creek Duck Club, which is among the most special parcels of flooded green timber in the duck hunting universe. Fortunately, the invitations have been coming annually ever since. Wiley is in his 80s now and reminds me of my father.

I can’t begin to recount all the great stories from Piney Creek, a place where limits are common but folks don’t take themselves too seriously. Each duck season, Steve “Wild Man” Wilson of the Arkansas Game and Fish Commission films one of his television shows at Piney Creek. Two years ago, the program was scheduled to air on Christmas morning. So we decorated a Christmas tree in the flooded timber and then all put on Santa caps and sang Christmas carols at the end of the hunt as the cameras rolled.

My wife, my two sons and I were watching the program on Christmas morning when my wife commented: “So that is how you act on those days when you leave the house at 3:30 in the morning? I had no idea that was what a hunt was all about.”

I explained to her that it’s exactly what the hunt is about at this stage in my life — good friends, good food, lots of laughs and watching the sun rise over the Arkansas Delta. If we kill some ducks along the way, that’s gravy. I’ll leave the fast boats, expensive guns and newest camouflage patterns to the younger hunters out there.

Rex Nelson is president of Arkansas’ Independent Colleges and Universities, which represents the state’s 11 private colleges. He writes about Southern history and culture – everything from hunting to politics to food – on his Southern Fried blog at RexNelsonSouthernFried.com. He can be heard each Monday from 6-8 p.m. on his “Weekly Fried” radio show on Fox Sports Radio 93.3 FM, The Source. 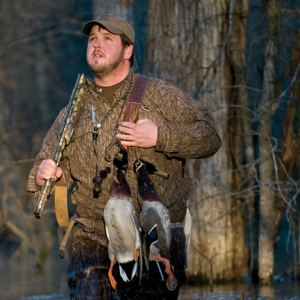 Loving the Land: The Life Of A Duck Club... 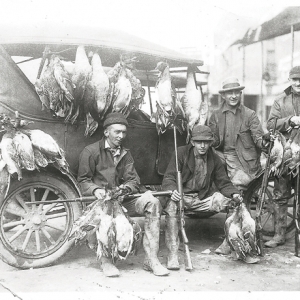 Hunting The Past (Pictorial)... 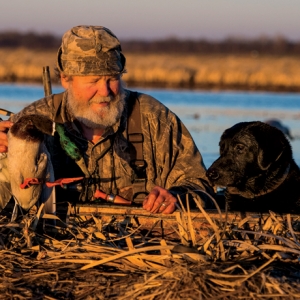 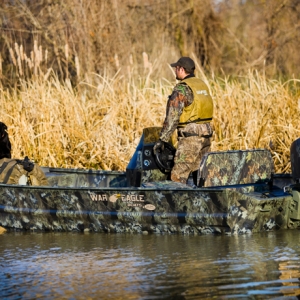 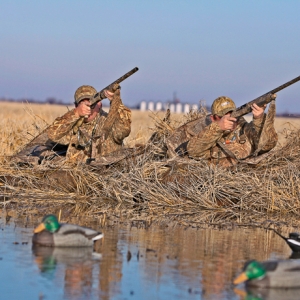 Gun Modifications Such as Choke Tubes, B... 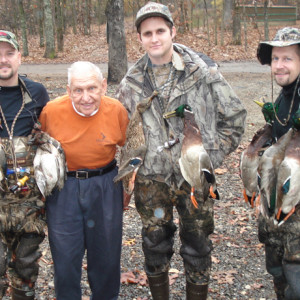